MacintoshPi is a small project that allows running full-screen versions of Apple's Mac OS 7, Mac OS 8 and Mac OS 9 with sound, active Internet connection and modem emulation under Raspberry Pi. All this without the X.org manager, only a multimedia SDL2 library and from the CLI / Raspberry Pi OS Lite. This lets emulators use full power of Raspberry Pi, making them more stable and useful in combination with additional retro-software. Installation requires running a single script on a clean Raspberry Pi OS Lite and waiting about two hours for the packages to compile and install. In addition, thanks to a document contained in the project, it is possible in dual-boot to place the fastest (bare-metal) Commodore 64/128/PET emulator BMC64, thus building an interesting retro package on a single SD card. The entire MacintoshPi project runs on Raspberry Pi Zero 2 W, 2, 3, 3B, 3B+ (at present, it does not run on version 4).

Below you will find a short clip showing what MacintoshPi can do:

A much longer version of the clip can be found here.

The project consists of the following auto-compiling and installing bash scripts for Raspberry Pi: 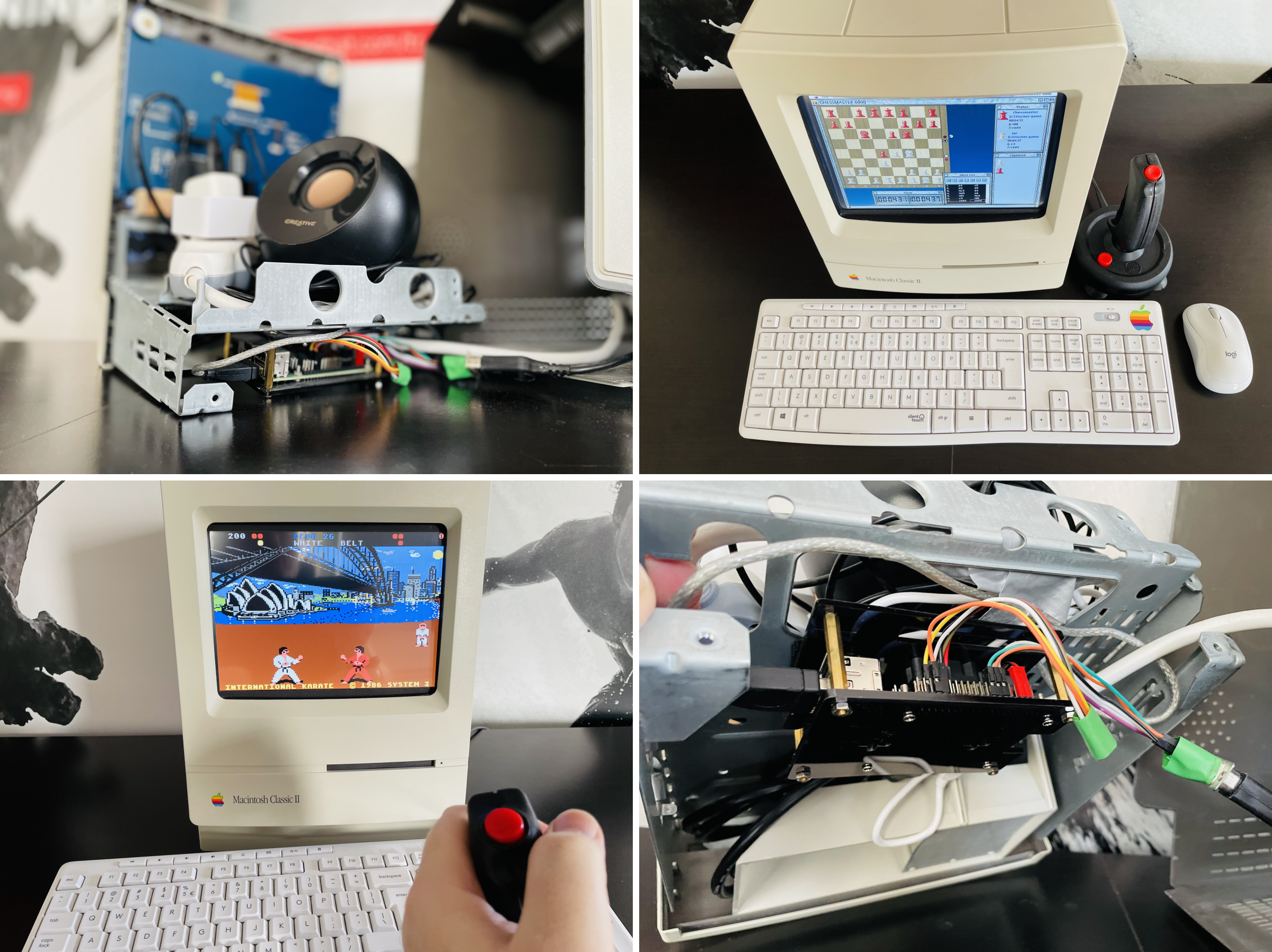 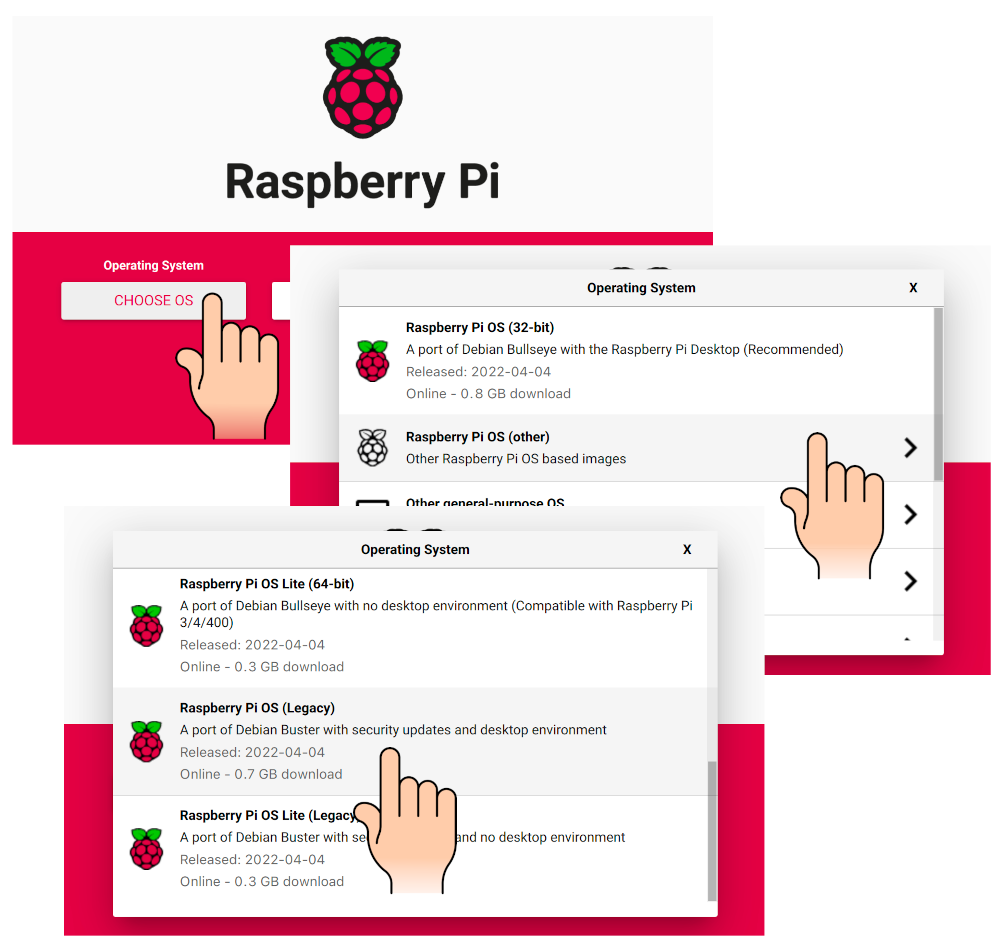 Installation of the entire MacintoshPi package requires running the single command ./build_all.sh – all dependencies and required packages will be installed automatically:

The process of compiling and installing packages can take about two hours.

The script downloads all files required to start Mac OS – ROMs, system images, and creates configuration files. On installation, directory /home/pi/Downloads will be visible on the Apple desktop as a Unix directory – files can be copied both ways between those two resources, but applications cannot be launched directly from that directory. In addition, the so-called NetDriver is also compiled, which allows full online access from virtualised Apple systems.
Up till now, Mac OS 9 in the full screen mode (without the unnecessary window manager) has not been available for Raspberry Pi. This is perhaps the first such implementation which allows using Mac OS 9 and SDL2 in the full screen mode with sound and online connection – even on the small Raspberry Pi 2W.
Each system must be launched with the appropriate command: mac os7, mac os8 or mac os9. The additional file .img or .dsk can be added to the launched system by adding the image file name at the end of the command which invokes the system concerned, e.g.

Basilisk II and SheepShaver emulators can be stopped by using the key combination CTRL+SHIFT+ESC. This causes an immediate return to the command line. The COMMAND key is acquired with the left ALT key in Mac OS 9, and with the CTRL key in Mac OS 7 and Mac OS 8.
For more information about those emulators visit the BasiliskII and SheepShaver websites. 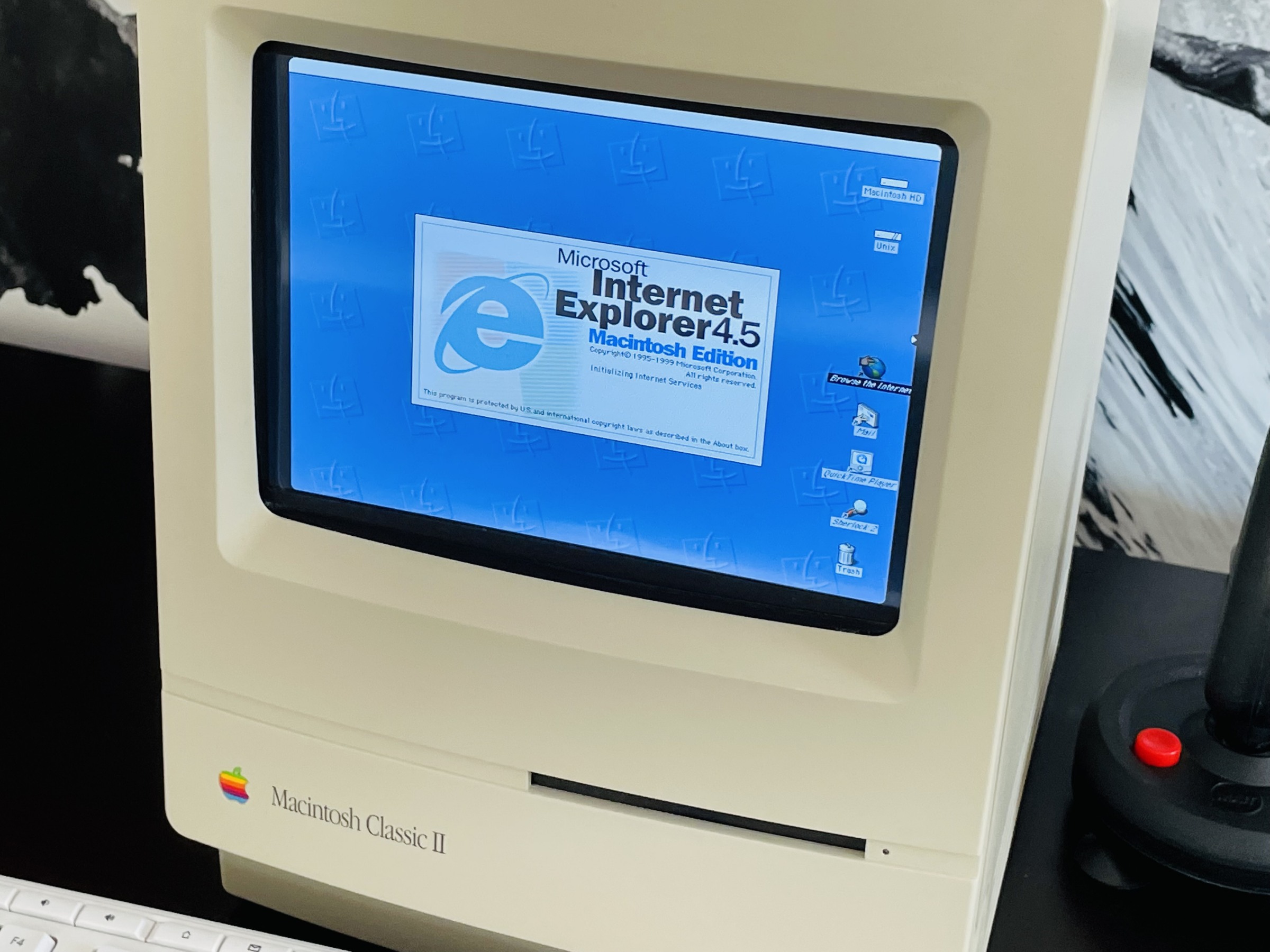 The script that compiles the VICE Commodore emulator which can be used for connecting an emulated Commodore with modern BBSs. It allows downloading files which can be used on the same Raspberry Pi device, but on the fast BMC64 emulator installed in dual boot. On installing the BMC64 partition to rootfs, data can be downloaded from a BBS directly to the virtual drive that will then be available automatically in BMC64. The VICE emulator for Raspberry Pi is very slow, which is why it is recommended to use the BMC64 emulator for more demanding applications. For more information about the VICE emulator visit the project's website.

A script that compiles and installs a virtual modem in Raspberry Pi OS, allowing connection with modern-day telnet BBSs using any terminal software launched on the aforementioned Basilisk II, SheepShaver and VICE emulators, and on Raspberry Pi OS itself.
The MacintoshPi Virtual Modem is controlled by systemd and uses the tpcser software which, through the tty0tty project, writes to virtual device /dev/tnt0. The data can be read from another virtual device /dev/tnt1, which thus becomes a virtual serial port in the system.

The modem must be started using the following command:

It can be reset or paused with the standard systemd commands:

The virtual modem can also be left running permanently in the system using the following command:

Speed (bps) change options can be set in the configuration file as per example entries provided with it:

To connect with a telnet BBS, just run the following command on terminal application:

The virtual modem cooperates with the VICE Commodore 64 emulator, but only with a version launched with the x64sc file.

Modem speeds depending on emulation

A script which compiles the CDEmu CD/DVD emulator, allowing mounting CD and DVD images in iso, toast, cue/bin, mds/mdf and many other formats. The application is similar to Daemon Tools for Windows and runs with BasiliskII and SheepShaver as well as on Raspberry Pi OS. It allows you to create an image of an old CD-ROM, copy it to Raspberry Pi and install software from it in an Apple system emulated on Raspberry Pi.
It is no longer necessary to copy .toast files to the disk image or mount them with software for Mac OS – you can now unpack a .sit file under Raspberry Pi OS using the unar command, and then mount the unpacked .toast file also under Raspberry Pi OS using the cdload command, and use the CD image on any Mac OS as you would from a regular CD-ROM. Audio CDs launched in CDEmu run correctly in Raspberry Pi OS both in the graphic and text mode, but sound does not work in the Basilisk II or SheepShaver emulators. For more information about CDEmu visit the project's website.

A CD image can be easiest mounted using the command:

The CD will be available in the virtual device:

The image can be unloaded from the virtual device using the command:

The launcher's task is to launch a given version of Mac OS, and if one is already running with appropriate parameters, then to overwrite config.txt and any other system files with the appropriate screen resolution and position assigned to a specific system or any other defined application, and then to launch the emulator or application right after a system restart, this time in the new resolution.

The Launcher allows also .img or .dsk files to be added to Mac OS using e.g. mac os7 plik.img – then the Mac OS concerned will be launched and the image content will appear on the desktop as an additional drive.

It is currently the best application for connecting with modern-day BBSs using the telnet protocol. It is compiled with options which use the SDL graphic library, thanks to which it uses a wide selection of appropriately adapted fonts in the graphic mode rather than system fonts. Again, SyncTERM does not require X.org to run, and the program itself launches in the full screen mode by default.

Information about the possibility to launch Raspberry Pi OS in dual boot, along with BMC64, the fast Commodore emulator, is contained in a separate README dual-boot.

How to install additional software

Software for Mac OS 7, Mac OS 8 and Mac OS 9 can be found on the following websites:

These websites can be used comfortably in the Chromium browser directly in Raspberry Pi OS – downloaded files are saved by default in directory /home/pi/Downloads, which is configured as a shared directory for all Mac OSs contained in this project – under Mac OS, it is displayed as a Unix drive.

Although not every downloaded app will run in the Basilisk II or SheepShaver emulation (this is the case with e.g. OpenGL applications), the vast majority will run correctly. Before downloading, make sure that the software is from the abandonware group or purchase the required licence if still possible.

There are three methods to install the software, depending on the type of the file downloaded: 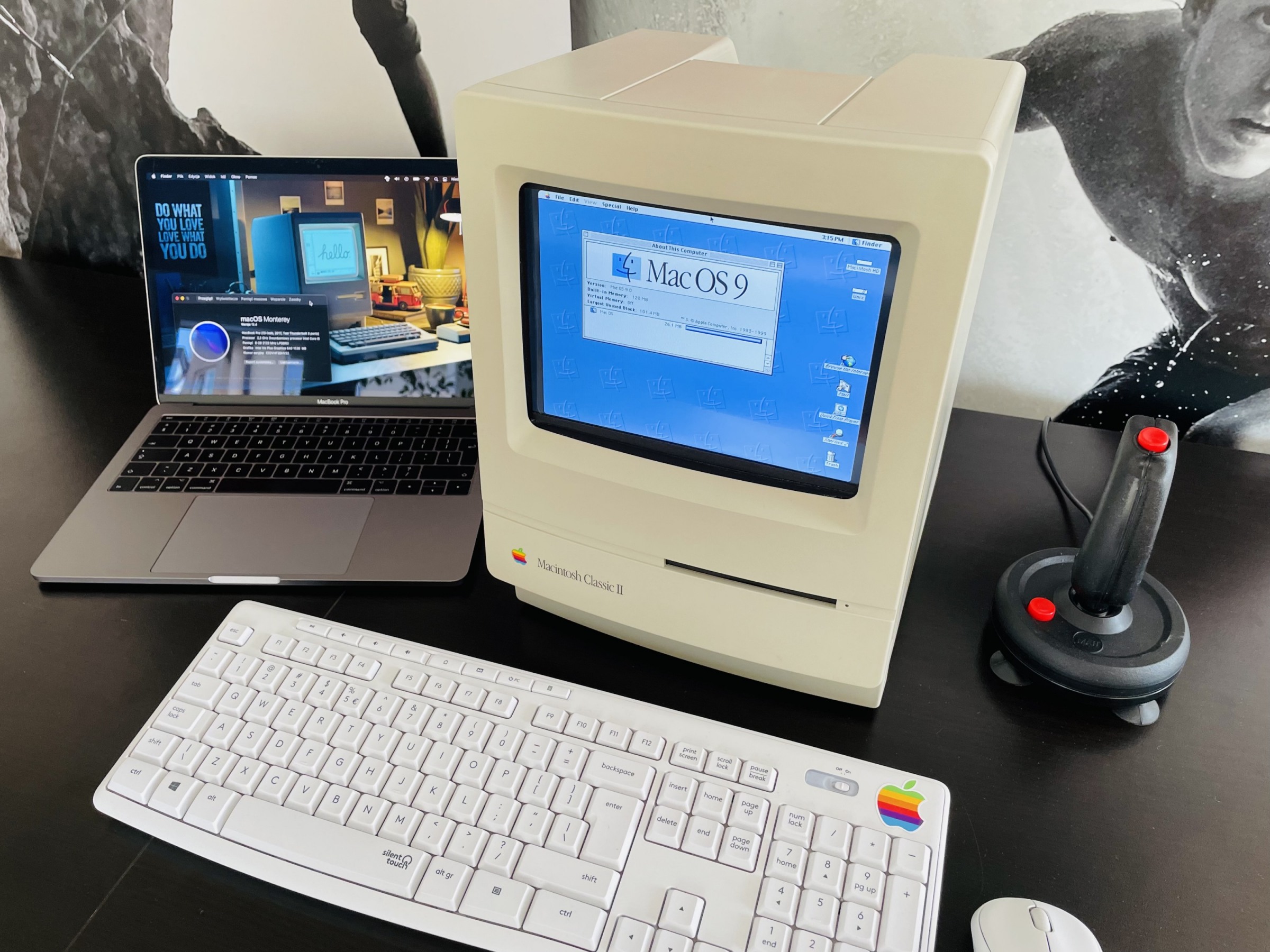 About my Macintosh Classic II

My version of MacintoshPi is driven by Raspberry Pi 3B+. I bought my Macintosh Classic II case on eBay – it was completely yellow, but I restored it to the factory condition by means of 18% hydrogen peroxide and appropriate light exposure.
Its LCD IPS 10.1’’ 1024x600px HDMI Waveshare 11870 screen is turned 180°, so that the wiring does not interfere with the upper Macintosh frame. I filled up the space between the flat screen and what was left of the CRT shape with a 3D printout designed by the authors of the 2GuysTek YouTube channel. The Wondershare screen is a bit too wide, but appropriate operation of the config.txt file allows software rotation and precise definition of the displayed screen image for each system or application (after a restart). The screen is also too low, which is why I filled up the void with black cardstock, and so those elements are practically indistinguishable (they look like the black background of the frame surrounding the screen). However, I recommend using a different, slightly larger screen, and then use software to reduce the screen image displayed and establish its appropriate position.
The keyboard and mouse are Logiteh MK295 Silent Wireless Combo – they only slightly similar in style to peripheral devices supplied back in the day, but they are also wireless and use a single bluetooth dongle. I added two speakers connected to a Raspberry Pi 3B+ analogue audio/jack input and to a splitter. I integrated all those elements inside the Apple Macintosh Classic II case.

The project source can be found on

They write about us

Podcasts about the project 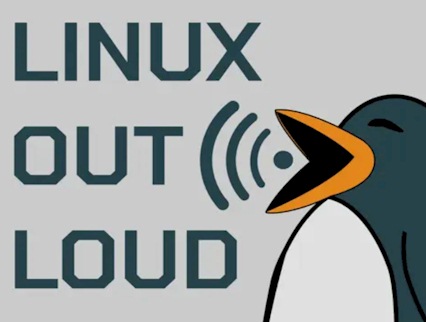 You can transfer any funds you wish to my PayPal account if you want to support this project.

This site uses Akismet to reduce spam. Learn how your comment data is processed.

Test the slider and support my projects :)